Louisa McKinney stopped by a Dollar Tree to pick up some wrapping paper for some birthday gifts. While there, she spotted an elderly man approach a young woman in the store for some help. He told the woman he needed help picking out a special birthday card. So they walked over to that aisle and the woman did all the bending and reaching for the man.

The woman then asked the man who the card was for so she could better determine which cards to reach for. And this was his response: “It’s for me. If I wake up tomorrow, I’ll be 85. My wife wanted to get me something, but she’s very sick and cannot leave the house, and I want her to know I got a birthday card from her.”

Louisa then overhead the man tell the woman helping him facts about himself and the love of his life. They met as kids and were married when they were just teenagers. The military soon called him to war, and his wife worried all the time about his safety. But she was there for him when he returned, and they raised some children, and their love grew stronger.

The woman helping the man pick out a card was a small act of kindness. It also was an act of kindness on the man’s part to make his wife happy with the card. Louisa overheard one other thing, as she, by this time, was fully tuned in to the story. The woman who helped the man owns a restaurant, and she promised him that when his wife was able to get out of the house for a while, dinner was on her. 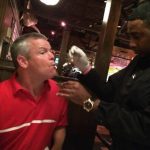 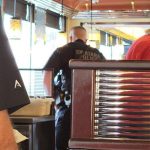